The Grinch is coming to town.

Hi boys can you begin to spread the word for our writing day! It is on 8th December 2015 and we are rewarding the best writers with presents! Get your thinking caps on.

this is awesome miss Parker, i love boy writing group

Hi Tommy, I am so glad you are part of this group. Looking forward to all the writing the school will do on the Grinch. Have a look for good examples to share with the group. Happy writing!

thank you miss parker because ive got an idea for the next one. we could go go kart racing it will be fun for the group

Thank you for helping us doing the grinch assembly

I cant wait to see who wins

I could be you Tobi.. get your writing socks on!

the Grinch is really cool

Glad you like it Navardo. Maybe you could have a think for our next theme?

the Grinch is really cool

We need the whole school to be vigilant and think about the Grinch, He is green and messy so everyone prepare to catch him because we are a team

We need the whole school to do something about the messy horrible Grinch like do a poster. He is green and ugly. so enjoy the writing but most importantly have fun ENJOY

THE GRINCH IS COMING TO TOWN! I hope boys writing group has fun when they are together. Have fun!

Hi Miss Parker, I think this is a great idea it will help all the school to improve their writing.

boys in the school write well and get involved.

i liked the assembly

This is cool I love the Grinch and I love writing!!!

Cool I loved making Wanted posters of the Grinch

oh I liked your assembly it was anazing

I like all of the boys writing groups assembely.

I know what to do lets get some presents and put it infront of the door then get a digger and make a hole and put leaves over the hole so when he leaves he will fall into the hole andSCREAM!!!!!!!!!!!!!!

Thank you to everyone blogging. This is turning out to be a very successful day of writing. Lots of enthusiasm and creativity - I love it. It is great to hear from the girls as well... we will have a think what special group we can put together for you! I am so glad you enjoyed the assembly, the boys are loving presenting to the school. Tommy you are becoming a real ambassador for the group. Navardo keep up with super writing and you could be joining us! Jack... that is a very Grinch-like idea. Keep blogging Crosslee.

yes im becoming a ambassador.Ive always wanted to be one

i loved your assembly can you do more

I loved the Grinch assembally

Thank you Lilly.. keep blogging. Tell me about the Grinch!

the Grinch assembly was awesome can you do more

we drore the Grinch and we descrabit it what it like

that was nice did you enjoy it because i did

We done the Grinch and we had to do what we could cheer him up for christmas.

Do you know what would cheer him up?

We have written some instructions for cheering the Grinch up for Christmas. You cold give the Grinch a special remote or phone for music he likes. Also You could give him a pillow to put over his head so he can not hear the music.

I like your thinking Lexie... let's see if that will work! Keep me posted.

I like being in boys writing group but I think we should set a trap to capture the Grinch.

We have done the Grinch having a sad Christmas because he hates Christmas.

were doing instructions so the Grinch will like Christmas.We will use a magic romote and a headphones .

I have been writing instructions on how to cheer the Grinch up and you could give him some earmuphs to stop him hearing all of the noise for Christmas.

What a cracking idea Morgan. Maybe this will help him like it more :-)

I liked the part when you put the Grinch video on the board.

Miss parker I loved your boys writting group assembly. Infact I know how to stop the Grinch from steeling christmas put millions of presents around the school and put one on top of the roof then wait till the Grinch takes the present on the roof then get out your rope throw it over the Grinch and drag him in the hole and use a cover to cover him thanks for reading my blog!

Is the Grinch RRRRRRRRRealy coming to school!!!!!!!!

Thanks for replying MISS PARKER!!!!

The Grinch doesn't like Christmas because the snow is to wet and children sing every Christmas as loud as they can, so it annoys the Grinch so i think it is best to get some ear phones, so he can listen to some music and not to all of the very loud children outside in the chilly cold weather .

everybody boy writing group is becoming even more better hurrrrrayyy

everybody keep blogging this is great it could make more and more people join so boys write good because we are all waiting for you so why not join.

Hi boys writting group i really love d your assembly i thought it was funny on the video where Joseph ran out of the room screeming. BOYS WRITTING GROUP RULES!!!!!!

Thank you Crosslee. We had a super Grinch day. You have written some amazing pieces, so I shall put some of these on the boys writing page. Take a look.

What do you think the next theme should be? I think... Maybe another pajama day. I loved the one we did once. We made tents and had treats in the dark.

I like the idea of a PJ day as well! Let's see what the boys think.

I just love your Grinch assembly i wish there was a thing called Girls writting group. I LOVE BOYS WRITTING GROUP.I love you Mrs.Parker

I am currently thinking about what I could do for the girls.. stay posted! Thanks Jemima for your comments.

this is so cool

I like the idea of the Grinch theme as it is almost Christmas and it is a Christmas film.

Hi miss for some reason my comment didn't post, I really enjoy being in boys writing group and its a good way to be inspired to write decent work and to also have a good laugh with you and my boys! shout out to Savy Vincente and Cienna Woods love you guys !!!

how do you know the winner

You can find winners in.. About us.. Boys Writing Group. At the bottom of the page. Good Luck!

i cant find the winner

I didn't watch the assembly but I enjoyed writing a persua

It was a great assembly of the grinch and it was a fantastic day! ðŸ˜Š

The best thing about the Grinche's dog is when he barked at the children.Can we still write on this blog it's awesome. 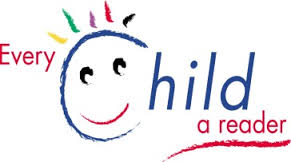